Climbing hydrangeas are a beautiful addition to any home. These flowering vines will climb almost anything, turning an ordinary view into an extraordinary view when they are in bloom although they do require some patience.

When it comes to climbing hydrangea vines, you have some color varieties to choose from anywhere from white, blue, pink, or purple depending on your preference. Whatever your color choice, they are sure to be a welcomed addition to your landscaping.

What Are Climbing Hydrangeas?

Climbing hydrangea vines (Scientific name Hydrangea petiolaris) are a flowering deciduous vine in the Hydrangeaceae family. It’s native to native to the Korean peninsula, the woodlands of Japan, and some parts of Siberia.

Hydrangea petiolaris is different from the common hydrangea bushes you see in your garden. Deciduous plants shed their leaves and any remaining flowers at the end of their growing season, just as many trees do in the fall.

The flowers that bloom on the climbing hydrangea form in clusters. There is generally a cluster of smaller flowers that are surrounded by slightly larger flowers.

From a distance, these clusters almost look like one large bulging bloom, but they are, in fact, multiple blooms that have grown together. The leaves that grow on the climbing hydrangeas have a heart-shaped figure which often curve near the edges, giving the plant a beautiful overall look.

The climbing hydrangea vines themselves are substantial and need adequate support to climb. These vines incorporate two climbing methods, while most climbing plants only use one. The first method is twining; the vines and vine shoot-offs will twist and wrap around a structure to support itself.

If planting on a trellis-type structure, the vines will weave throughout the trellis for added support. The second method includes the aerial roots that grow from the climbing hydrangeas.  Similarly to climbing ivy, these aerial roots will cling to structures such as the side of a building.

Where to Grow Climbing Hydrangea Vines

Climbing hydrangea vines will grow up anything, but you might want to be careful where you let them grow. These vines can grow to be large and heavy, so letting them grow on something that cannot withstand their weight may result in damage.

The good news? You have plenty of options to choose from when it comes to appropriate growing locations for your climbing hydrangea vines.

A trellis is a popular choice for many gardeners who plant climbing vines. Trellises come in all different sizes and designs, so matching one to your garden or landscaping layout is easy.

Vining plants, such as the climbing hydrangea, will cling on to the different rungs of the trellis, and will oftentimes weave their way through different sections for added support.

Pergolas are another great choice for vining plants. Pergolas are outdoor structures generally wooden but occasionally metal that either act as a shaded area for sitting, or as a platform for growing climbing plants or both! Many pergolas have slats along the top for vining plants to hold onto as they grow and climb.

Pergolas are an exceptionally great choice for the climbing hydrangea because they generally offer more support than a standard trellis does. As long as your pergola is built well, it should have no problem enduring the weight of your climbing hydrangea vines.

Having your climbing hydrangea climb up your wall may be a good choice as long as you keep the plant from causing any damage. As the vines get closer to gutters, your roof, or any other exposed attachments, you will need to trim them back to ensure they don’t accidentally rip anything off your home.

For those who may not have any good vertical options for your climbing hydrangeas, there is also the option to grow them as a shrub. If you plant a climbing hydrangea in a location where it doesn’t have access to any supporting structures, it will fold over on itself, creating an arched shrub of sorts. These shrubs can grow to be around four feet tall even without anything for it to grab onto.

It may take some time for your climbing hydrangea to grow itself into a shrub, and you can help to train it by bending and tying it to where you want it to form. These shrubs will need to be trimmed yearly to ensure growth does not get out of hand. If not properly trimmed, they will start to grow as a ground cover.

Finally, ground cover is an option for your climbing hydrangeas. Without supporting structure, the vines will fold over onto themselves to create a vertical aspect. This can be avoided by training your climbing hydrangea to grow horizontally instead. Some use tie-downs to prompt this horizontal growth by leaving the plant no other growing options.

Climbing hydrangea vines can cover a large amount of surface area. Just as they grow high vertically, they will grow long horizontally. If you want to keep them out of certain areas, trimming may be necessary.

How to Care for Climbing Hydrangea Vines

The first few years of a climbing hydrangea’s life are spent growing its vines. It takes a lot of energy for the plant to climb, so there isn’t enough energy left in it for the flowers to bloom. Once your climbing hydrangea is well established, it should bloom every year.

As with nearly any plant, your climbing hydrangea is going to require some watering. The first few years of growth are especially important because the plant is spending a large amount of energy in its effort to grow either vertically or horizontally. Once the plant is better established, watering is still important, but won’t be as crucial if you need to miss a few watering sessions.

Although the climbing hydrangea is fairly hearty, it will prefer soil that is slightly acidic. A quick pH test will tell you if your soil is more acidic or more basic, and you can apply certain fertilizers to get it to the pH level that is best for your plants.

Soil that drains well is also a helpful feature for your climbing hydrangea plants. The climbing hydrangea doesn’t do well if it’s sitting in highly saturated soil, and good drainage can help avoid this. Although heavy saturation should be avoided, the climbing hydrangea will need to have moist soil. Adding compost and a layer of mulch over the plant will help retain enough water to keep the plant healthy while not overdoing it.

In warmer climates, you may want to consider finding a location that gets closer to two or less hours of direct sunlight to ensure your climbing hydrangea does not dry out. Providing at least one hour of direct sunlight is important regardless of your climate.

If planting on or near your home or other building structure, the northern and eastern sides will provide the ideal amounts of sun exposure for your climbing hydrangea vines.

The climbing hydrangea vines are hardy in zones 5,6, and 7 (USDA plant hardiness zones), which are found primarily throughout the middle of the country. The climbing hydrangea prefers temperate climates where it isn’t brutally hot for long periods of time, but does get a fair amount of warm weather in the summer months. If temperatures are too warm and the plant is receiving too much sunlight, it may become damaged and will wilt or die.

Although the climbing hydrangea will survive during the winter months, it may not respond well to a sudden frost. If frost comes too early, the plant may become damaged and will not bloom the following year.

Pruning your climbing hydrangea vines will likely not become important until the plant has become established after those first few years. The early years are spent growing, and the vines are not particularly fast growing, meaning you will probably be able to leave your pruning shears in the shed for a while.

Pruning is particularly important if you have planted your climbing hydrangea vines on or near your house, as they can potentially do damage over time.

How Tall Do Climbing Hydrangeas Grow?

Climbing hydrangea vines are slow growers, taking a few years to become established and then a couple more years before they start to bloom. The first few years of the climbing hydrangea’s life is spent with a focus on growing.

All of the plant’s energy is put into climbing or sprawling leaving no energy left for flowers to bloom. Flowers will start blooming once there is enough spare energy that is not taken up by growing. This generally happens between three and seven years after the climbing hydrangea vine is planted.

The saying, “slow and steady wins the race” holds true for the climbing hydrangea vine. Although it takes its time growing, it can reach massive heights. Climbing hydrangea vines have been known to reach heights of 50 feet or more, assuming they have a tall enough structure to climb up.

This also holds true when used as a ground cover. The growing potential of the climbing hydrangea makes it an effective ground cover. One plant can cover approximately 200 square feet at its largest size.

Climbing hydrangea vines make a wonderful addition to any landscaping, but there are a few things to consider before planting them besides their slow growth patterns.

Once the plant eventually leaves your wall, it can leave behind stains and permanent markings that are not likely to come off without a coat of paint to hide them.

Prone to Rust and Mildew

Another aspect to consider when choosing to plant climbing hydrangea vines is that they are prone to rust and mildew problems. The climbing hydrangea is particularly prone to problems with rust, especially an unhealthy plant. Mildew is another common problem, and may become more prevalent in heavily shaded areas.

Both rust and mildew are fungal diseases, which a healthy plant should be able to fight off. However, if your plant is young or if conditions are not ideal, these problems can overtake your climbing hydrangea. If your plant does get one of these diseases, cutting off the infected areas and improving the plant’s living conditions are your best bet at eliminating the spread.

Climbing hydrangea vines are also prone to sunburn. Sun burn for a plant is similar to a sunburn on a human. Too much direct sunlight can cause damage to the exposed areas. A climbing hydrangea that is affected by sunburn can start to lose leaves and wilt. Too much sun burn can kill the plant if no action is taken.

The best way to avoid sunburn on your climbing hydrangeas is to plant them in a location that receives partial sun, or four hours or less of direct sunlight daily. It is best to avoid direct sunlight in the afternoon when the sun is strongest. If your climbing hydrangea is getting too much sunlight, you may need to provide more shade along with extra water to keep the plant healthy.

Up next: Hydrangea Flower Meaning

Rhaphidophora Tetrasperma (Mini Monstera): How to Grow and Care

Spirea Bushes: Different Varieties, How to Grow and Care 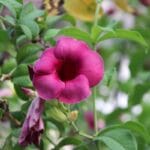 How to Grow and Care for Mandevilla Vines (Rocktrumpet) 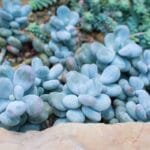 Moonstone Plant (Pachyphytum oviferum): How to Grow and Care 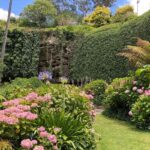 30 Best Types of Shrubs to Grow in Your Backyard Garden 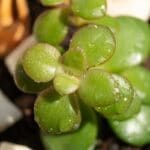 Crassula Plant: Different Types, How to Grow and Care