Native to Japan, the dwarf hinoki cypress is just as charismatic as it is beautiful. The perfect bonsai plant, it has sweeping fern-like branches that droop at the branch tips. With elegant dark green foliage and peeling red-brown bark, this striking bonsai specimen only grows more attractive as it ages.

Growing up to 130 feet tall in its native environment, the hinoki cypress is a large tree that can also grow to more than 10 feet in diameter. It has scale-like leaves that require frequent foliage maintenance. There are several dwarf cultivars you can grow that are perfect for tiny bonsai trees, including Sekka, Yatsubusa, and Chirimen. All of these have attractive, compact foliage.

Unfortunately, hinoki cypress, also known as hinoki false cypress or Chamaecyparis obtusa, can be a bit challenging to grow. It has rather particular needs that, though not to be viewed as a deterrent to novice growers, should not be taken lightly.

Here’s everything you need to know about growing the hinoki cypress bonsai.

Growing Hinoki Cypress Bonsai from Seed or by Propagation

It is easiest to grow hinoki false cypress bonsai from cuttings that are taken from young wood. Take your cutting in the middle of the summer, generally in July or August, and root them in growing medium.

How to Care for Hinoki Cypress Bonsai

Here’s how to care for a bonsai tree of this species:

Although most Chamaecyparis species and cultivars are hardy to temperatures down to -10 degrees Fahrenheit, it’s not recommended that you keep your tree in such conditions. This can cause the tree to become dried out, as temperatures this cold are usually paired with desiccating winds. If you plan on growing your hinoki false cypress bonsai outdoors, make sure you provide it with protection from frost and wind.

Indoors, keep the plant away from direct sources of heat. It should be positioned in plenty of sunlight and good ventilation. Full sunlight is ideal but if you’re growing this tree in a hot climate, you may want to give it a bit of shade.

It’s important that you adhere to the sunlight requirements specified above. Without ample sunlight, the inner and lower branches of the tree will brown up and die, leading to the eventual death of the plant.

Hinoki cypress bonsai is also somewhat particular about its water. It needs a lot of water, particularly during periods of active growth. Do not allow the tree to dry out completely but also be wary of waterlogged soil – this can kill the tree just as quickly. Too little humidity during the driest periods of summer (or under harsh winter conditions) can cause the soil to dry back.

Water the plant every morning and let it dry out only slightly between waterings. You can add supplemental humidity by spritzing it with a spray bottle to mist or by placing it on a humidity tray filled with a layer of stones.

Hinoki false cypress bonsai should be fertilized twice a month from early spring until the middle of autumn. Use a fertilizer designed for acid-loving plants. Learn how to fertilize bonsai.

Repot your plant every three years in the early spring when your plant is still young. As it gets older, you can report just once every four years. Use a fast-draining soil mix, ideally one that is nutrient-rich.

The plant has dense roots that may require repotting every other year and for you to remove up to half of the root mass. Although you should repot your bonsai tree in a somewhat large pot, at least large enough to accommodate its root mass, avoid using a pot that’s oversized, as too much space can lead to the accumulation of too much water.

It is important that you take care when pruning a hinoki cypress bonsai. This tree grows rapidly and does not bud on old wood. If you aren’t careful about pruning, you may find that the branches die and then never grow back, making it even harder to care for your tree – or killing it altogether.

To prune this tree, pinch new foliage. Do not use scissors to prune, as it will cause the foliage to turn brown. You may also choose to wire the branches of this plant, although you’ll likely find that the branches take some time to set and may need to be rewired frequently.

You can prevent most common pests and diseases by following the care guidelines outlined above. Root rot is one of the most common conditions to afflict hinoki false cypress, but you can avoid this with proper watering conditions. Similarly, you can prevent leaf burn by protecting the plant from the scorching sun and drying wind.

The only other pest or disease to worry about are scale insects. These can be scraped off with a knife. Just be careful not to cut into the bark! You can also use a bit of rubbing alcohol against these pests.

Where to Buy Hinoki Cypress Bonsai

You can purchase hinoki cypress bonsai trees from most specialty bonsai dealers, as they are relatively common in the bonsai world.

Also check our guides on how to care for Lemon Cypress Bonsai and Bald Cypress. 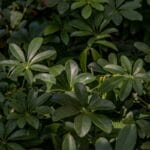 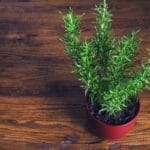 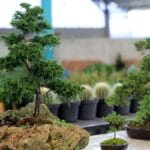 Bonsai Tree Price: What Are Some Of The Most Expensive Plants? 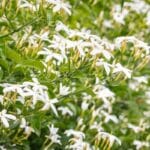 Jasmine Bonsai: How to Grow and Care 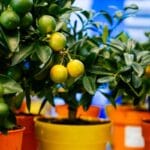 Bonsai Lemon Tree: How to Grow and Care 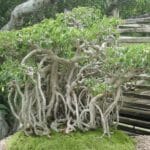 Willow Leaf Ficus Bonsai: How to Grow and Care