Need a helping hand in your bonsai cultivation efforts? You should consider the Japanese Red Maple bonsai.

The Japanese maple has a scientific name of Acer palmatum. It is aptly named, as the five-lobed leaves of this plant look just like a hand  – and “palma ” is the Latin word for the palm of your hand.

A gorgeous plant, the Japanese Red Maple is easy to cultivate as a bonsai specimen.

Flowering Time Length: May to June

Lifespan: can be up to 100 years or more

The Japanese Maple is well-known for its lovely appearance. There are multiple cultivars available, most of which produce unique leaf colors and shapes and grow to various sizes. These plants are popular not only as bonsai specimens, but also as ornamental shrubs.

Some of the most popular types of Japanese Red Maple, most of which can be grown as bonsai plants, include:

No matter which type you choose, you’ll enjoy gorgeous leaves that produce green-yellow flowers in clusters around Mayor June. The bark of a young tree is usually a red or green color that fades to a pale grey or brown as the tree ages.

Most Japanese Maple trees produce lovely autumn foliage. This can be yellow or orange, but in the Japanese Red Maple bonsai, as you might expect from the name alone, that foliage is red.

Growing Japanese Maple Bonsai from Seed or By Propagation

Japanese Red Maple bonsai can be grown from seeds or cuttings. Ideally, it should be propagated (regardless of the method) in early summer. You can use air-layering to propagate a Japanese Red Maple or you can purchase it as a starter plant from a nursery.

If you are going to plant from seeds, you will want to place the seeds in the refrigerator for 100 days. This will allow stratification to occur, which breaks down the tough seed coating and prepares the seeds for germination. Then, let the seeds soak for at least 24 hours before planting. You can plant in a heat-proof container.

How To Care For Japanese Maple Bonsai

Plant your Dwarf Japanese Red Maple bonsai where it can receive light shade during the intense midday heat. This frost-hardy plant can be grown in most locations, but should be protected from a strong frost and conditions below 14 degrees Fahrenheit whenever possible.

Otherwise, any sunny, well-aerated location should do. Light shade will protect the delicate leaves of the plant during hot weather.

Japanese Red Maple bonsai needs to be watered often, particularly during the hottest days of the growing season. While you can get away with once-a-day or every other day watering during cooler periods, during the hottest times, it will need daily or twice daily watering.

To produce a healthy, vigorous growing tree, you will want to use water that does not contain lime or other alkaline ingredients. It prefers conditions that are neutral or even slightly acidic.

You should fertilize your Japanese Red Maple bonsai about once a week to encourage strong growth. Otherwise, follow the dosage instructions on your fertilizer, because this plant can get away with less frequent watering, too.

Use a solid organic fertilizer for best results. These kinds of fertilizer will release slowly and gently into the soil rather than providing a strong burst of nutrients all at once.

Try to avoid fertilizers with lots of nitrogen and instead opt for a well-balanced blend. Too much nitrogen can cause explosive leaf development at the expense of the leaves.

You can report your Japanese Red Maple bonsai every other year. When you repot your bonsai plant, try to prune the roots. This plant is known for putting out strong roots, and you’ll find that your pot quickly becomes filled with vigorously-growing roots that can overwhelm the small space.

You should use a well-draining soil mixture that is specifically formulated for Japanese Red Maple and other bonsai. A bonsai soil mixed with lava rock or pumice will be best for this kind of plant.

You should prune your Japanese Red Maple bonsai on a regular basis, several times per year. Unlike many other bonsai specimens, it can be pruned year-round. You should trim back twigs and shoots.

If you are going to be pruning stronger, more sound branches, you should do this in the fall. This can prevent bleeding, which often happens when you plant in the spring or summer (or any other time when growth occurs rapidly).

When you prune, simply cut new growth back to a single or double pair of leaves. Keep the twigs thin. You can also remove these oft tips of shoots that grow between the initial pairs of leaves.

You may remove leaves every other year, ideally in the early summer, which will encourage the growth of small leaves. To do this, remove all leaves but leave the leaf-stems intact. Be gentle while doing this. Alternatively, you can remove only large or closely spaced leaves, too. This can be done every year, as it’s not quite as stressful as full-leaf pruning.

To prevent this, try to avoid pruning your plant during high-risk periods of intense growth, like the dead of summer. You should also use a cut paste when pruning, which can reduce the likelihood of fungal growth.

When it comes to pests, you’ll need to watch out for aphids. These can be removed with vigilant manual inspection and removal. You can also use insecticides, but you’ll want to be careful about applying these too often.

Where to Buy Maple Bonsai

Japanese red maple bonsai can be purchased from just about any online nursery. It is usually shipped as a starter plant around two or three years old. You can also purchase seeds, which are sold in batches of 20-50 apiece. 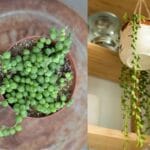 Top 32 Amazing Looking Cacti and Succulents That Hang or Trail 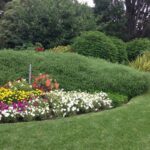 Top Plants and Flowers That Grow in Shade for Your Garden 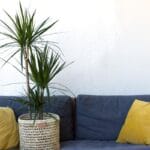 Dracaena Plant: Best Types, How to Grow and Care

String of Hearts Plant (Ceropegia woodii): How to Grow and Care 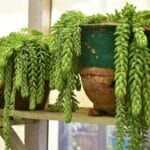 Burro’s Tail (Sedum morganianum): Facts, How to Grow and Care