Phalaenopsis, otherwise known as moth orchids or butterfly orchids, are a popular type of orchid that many flower enthusiasts adore.

Though orchids, in general, flaunt a striking appearance, the dramatic flower spikes of phals make them stand out. Each long and arching flower spike displays many blooms at a time, and their large, moth-like flowers come in a wide variety of attractive hues.

Read on below to know more about the lovely phalaenopsis orchids.

The Genus Phalaenopsis: An Overview

Phalaenopsis is one of the many genera in the Orchidaceae family. It is native to Southeast Asia and the Pacific Islands and can also be found in India and the northern part of Australia. The primary center of distribution of this orchid genus is the Philippines, where 14 Phalaenopsis species are endemic (1).

Phalaenopsis orchids grow in low elevations of up to 1500 meters above sea level (1). They can be monopodial epiphytes or lithophytes, depending on the species. It means that they grow upright or vertically either on other plants (mostly trees) or rocks (2).

The genus name Phalaenopsis originated in 1825 when German-Dutch botanist Carl Ludwig Blume first described the plant in his book. The name came from the Ancient Greek words phalaina and opis, which roughly translates to a moth-like appearance and refers to the plant’s fascinating flowers (3).

Phalaenopsis is an extensive genus with a significant number of species. For that reason, their descriptions largely depend on their species. However, there is a fairly general characterization that can be used to summarize the genus.

These plants typically have short stems with few to several leaves, usually arranged closely together in two rows. The leaves are large and somewhat leathery, green or spotted, flat, oblong to elliptic, drooping, and sometimes succulent.

Few to many flowers, which are often showy, fragrant, and long-lasting, are arranged on erect, drooping flower spikes. They resemble a moth, primarily because the lateral sepals are often more prominent than the dorsal sepal, plus the petals are more outspread than any of the sepals. The lip or labellum is attached to the column.

Popular Phalaenopsis Species You Can Grow

White moon orchid or Phalaenopsis amabilis is one of the most recognized Phalaenopsis species. It is commonly found in Australia, the Philippines, and Indonesia. It is the national flower of Indonesia, where it is known locally as anggrek boelan.

The species name amabilis comes from a Latin word that translates to lovely, a description apt for this orchid’s stunning flowers. The small, rounded, white flowers have flat and rounded petals that are larger than the sepals (3). Each flower typically measures 4 inches.

This species tends to produce two arching or branched flower spikes at the same time, often resulting in a striking display of blooms that typically last for three weeks. The leaves of this species are ovoid and dark green.

One of the most recognized varieties of this phalaenopsis orchid species is the variety grandiflora (P. amabilis v. grandiflora). It is a prolific moon orchid that blooms 30 to 40 flowers on 4 to 5 flower spikes.

Some of the most popular P. amabilis primary hybrids are as follow:

Phalaenopsis aphrodite is another well-received species of phals with many commercially available hybrids. It is native to Taiwan and the Philippines.

Often confused with or as a varietal form of P. amabilis, this species bears oblong to elliptic leaves that are deep green in color and purple underneath. The white flowers have a close resemblance to P. amabilis, but are often smaller (about 3 inches in size) and feature a reddish lip disc and triangular mid lobe.

Some of the most popular P. aphrodite primary hybrids are as follow:

Phalaenopsis schilleriana or Phal. schilleriana is a pink-flowered phal orchid endemic to the Philippines. Its mottled leaves are green with purple undersides. The roots are flat and often produce keikis (3). The pink and fragrant flowers bloom in succession on long, branched spikes. Their lips vary in color, which can either be white or magenta (3).

It was first described by German botanist and orchid expert H.G Reichenbach in 1860 and named after the first person who made it flower, Consul Schiller.

Some of the most popular P. schilleriana primary hybrids are as follow:

Phalaenopsis fasciata, otherwise known as the striped flower phalaenopsis, is a small-sized species of phal orchids endemic to the Philippines. It is characterized by its small, greenish-yellow flowers that flaunt distinctive thin brown stripes on the sepals and petals. The flowers are long-lasting and typically fragrant. A single inflorescence can bloom new flowers for years.

Often confused with Phalaenopsis luddemannia and Phalaenopsis reichenbachiana, the lip of this particular species is not triangular and features callosities that point backward.

The species name fasciata originated from the Latin word fasciatus, which means “banded.”

Some of the most popular P. fasciata primary hybrids are as follow:

Phalaenopsis bellina is a small-sized phals species native to Borneo and Malaysia. It blooms in the summer and fall, showcasing waxy, greenish flowers with streaks of purple coloration toward the center. The narrow and elongated lip also flaunts a striking purple hue.

Some of the most recognized Phal bellina primary hybrids are as follow:

One of the many reasons why phal orchids became so popular is their easy to care nature. Sure, they flaunt beautiful flowers that are not only fragrant but also long-lasting, but the fact that growing them is not as complicated as with other orchid types makes it a favorite for many orchid enthusiasts.

As with any other orchid plants, the cultural requirements for growing phals depend primarily on the species or group where they belong. Some phals prefer warmer temperatures, while other species are more tolerant of the opposite – and that’s just one example.

Here are some basic tips on phalaenopsis growth, care, and maintenance.

Phalaenopsis are generally low light orchids. They thrive best in the shade with no direct sunlight. However, some species like P. schillerina and P. stuartiana can tolerate brighter conditions.

The leaves of phals are a good indication of whether or not the plant is receiving sufficient light. Darker leaves mean that the plant needs more light, while red-tinged leaves are a sign of excessive light.

The temperature requirements of phalaenopsis orchids are above 60 degrees F at night and between 70 degrees F to 80 degrees F during the day. Cooler night temperatures (55 degrees F) in the fall will induce flowering.

Note that fluctuating temperatures may result in droppings of ready-to-open buds.

Phals prefer moist but not soggy conditions. The watering rate depends on several factors, including the type of potting medium, pot size, and different environmental conditions. Still, the general rule is to water when the medium feels dry. Watering once a week is ideal, but it should be more frequent during the summer months.

As with other orchids, it’s best to water phalaenopsis orchids in the morning to allow the leaves to dry out before night time. Avoid overwatering since it may result in root rot and crown rot.

Fertilize your phal orchids using any balanced orchid fertilizer (20-20-20) regularly. Fertilizing half-strength once a week or every other week in the summer, or once a month during the winter is ideal.

The choice for growing media and pot size varies depending on the plant’s current growth stage and climate conditions. Phal orchids are usually cultivated in pots measuring 4 to 6 inches in diameter. As they mature, they should be repotted once every one to three years into a bigger pot (about 1 inch in diameter bigger than the previous pot).

As for the growing media, phals grow best when water and air are allowed to move freely around the roots. In this case, bask, and peat-based media are ideal. 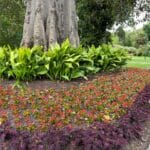 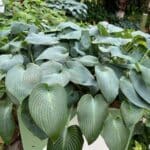 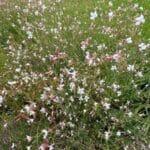 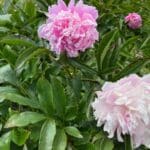 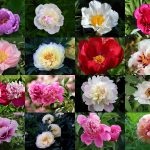