In many places, Star of Bethlehem (scientifically known as Ornithogalum) is considered invasive, as it rapidly overtakes flower beds. However, as long as you keep it properly contained, there are plenty of reasons to cultivate it in your garden.

In fact, it can be almost impossible to get rid of the Star of Bethlehem once it’s set roots, since it will rapidly overtake other plants in flower beds. That’s really too bad, since this plant is one that is truly remarkable to behold. It produces numerous star-shaped flowers on tall stems above draping foliage.

Because of its invasive nature, many gardeners choose to plant it in containers. You can also grow this plant near early-blooming flowers like dianthus and hellebores. In some places, it’s advised that you don’t plant Star of Bethlehem at all, since it’s considered noxious or even invasive (Alabama is one such example).

Varieties of Ornithogalum Plant You Can Grow

Star of Bethlehem is technically an entire genus of plants, a genus that is named as such for its star-shaped flowers that look like the Star of Bethlehem that appeared in the biblical account of Jesus’ birth.

There are many kinds of species within this genus, up to 300, in fact! However, many botanists only recognize about 150 related species of this flower.

Because it is such a large genus, it has been divided into multiple subgenera – 15 total. The best-known species are as follows.

Perhaps the most common species of Star of Bethlehem, this bulbous perennial has pretty white flowers with green borders that bloom in the late spring or early summer.

Interestingly, this plant will produce blooming flowers only when the weather is warm enough and there is plenty of sunlight. If the weather is dull and dreary, the flower will remain closed, only showing off their green exteriors.

These are the most invasive kinds of flowers and should only be planted where they will not crowd out other plants.

Ornithogalum magnum, sometimes known as the Arabian Star Flower, is native to the Mediterranean and is very similar in appearance to Ornithogalum umbellatum.

This kind of flower produces up to 15 sweet-scented star-shaped flowers. These tend to be white and are about two inches across, blooming in the late spring or early summer months. They grow best when summers remain warm and dry.

This is a less-known type. Also a bulbous perennial, it produces a large cluster of up to 25 orange or yellow flowers apiece. These grow well in cut flower gardens as well as in rock gardens. The flowers naturalize easily but don’t usually take over the entire space.

This kind is native to South Africa. It also produces white flowers but these tend to be tinged with green in the center. They bloom in late spring or early summer and are best for using cut flowers as well as in containers or borders.

Sometimes referred to as the Dropping Star of Bethlehem, this plant is found in Turkey and Bulgaria. It produces white flowers that are shaped much like bells. These bloom a bit earlier, generally in the mid to late spring.

How to Care for Star of Bethlehem Flower

If you do decide to plant Star of Bethlehem, the best time to do so is in the fall. Plant your flower bulbs about two inches apart at a depth of five inches to the bulb’s base.

Unless you are planting in a container, a good way to address this plant’s semi-invasive nature is to plant the bulbs in an area that is lined and edged so the bulbs can’t spread outside of the beds. You should also deadhead the flowers before seeds develop so that the plant does not waste energy on seed development versus flower development.

Otherwise, growing Star of Bethlehem is relatively easy. It just needs fertile soil! You can divide bulbs to propagate it easily once you’re’ ready to do so.

Star of Bethlehem is relatively drought-tolerant. It prefers moist (but not muddy) soil whenever possible. Once established, you will not need to water it besides what is provided via regular rainfall.

Star of Bethlehem can be grown in any soil type, from neutral to acidic and even alkaline.

Depending on many different kinds of flowers that you are growing, you may not have to pay much attention to the sunlight. Full sun is recommended, but it can generally grow anywhere.

The exception to this is if you want to see open blossoms, in which case you will want to only grow Star of Bethlehem in full sunlight. The plant will thrive and grow well in shadier conditions but the blossoms may not open as often if sunlight is not present.

Star of Betheleme is winter hardy to the United States Department of Agriculture Zone 3 as long as you mulch carefully to keep the bulbs warm during the winter. In zones 4 to 8, it can be grown without mulch, although mulching does not hurt.

Besides watering every now and then, there is very little you need to do to care for your Star of Bethlehem plant. In fact, fertilizing is not recommended, as it can cause the plant to spread too far. You also do not need to prune the plant, although you can remove the entire bug if it spreads too much and you find that you need to control its spread any further.

Some people believe that cutting back the plant will stop it from overtaking the rest of the garden, but this is not the case. To get rid of it, you will need to remove the entire flower bulb. Even herbicides won’t do the trick – you’ll have to fully remove hp lant.

Other Concerns for Star of Bethlehem

There are very few pests and diseases that are known to afflict Star of Bethlehem, which is one of the reasons why this plant can so easily become invasive.

However, it is important to note that this plant contains dangerous alkaloids that can be poisonous to animals and livestock, including cats and dogs. Be mindful of this and don’t plant the flower if you have pets that like to nibble!

That said, when used correctly, there are some people who are able to use this flower for medicinal purposes. Historically, Star of Bethlehem was used to treat coughs, strengthen cardiovascular functioning, and prevent infection. Other cultures have used the flower when boiled and eaten like potatoes.

Both the leaves and bulb can be harvested, but be cautious about using them before consulting with your doctor.

Up next: Star of Bethlehem Flower Meaning 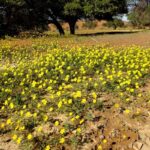 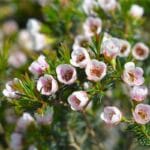 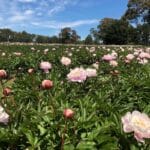 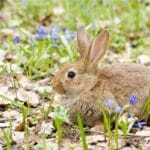 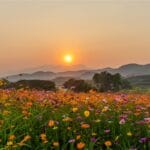 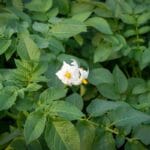 Everything You Need To Know About Potato Flower