Yews are popular evergreen conifers that have many uses in both the garden and the landscape. These are some of those rare, dense evergreens that can be grown as a narrow hedge in a shady area. Gardeners should take note of this plant’s toxic properties before planting them, however.

What Is A Yew Plant?

Yews are evergreen coniferous trees of the Taxaceae family. There are about 2 dozen species in the Taxus genus, and they are all fairly similar plants.

The various species of yews can be found across much of Asia, Europe, North, and Central America. Yews are conifers, which means they have needle-like leaves and do not produce flowers. The males produce cones while the females produce fruit-like structures known as arils.

The yew foliage consists of flattened, elongated needles that are about half an inch to 1.5 inches (13 to 38mm) long and about an 8th of an inch (3 mm) across. These leaves are deep green in wild-type plants, although golden and variegated forms are available.

The male cones are a light brown color and are rounded, measuring up to about ¼ inch (6 mm) in diameter. If there is a male plant nearby, female plants will produce masses of dark pink to bright red arils.

These fleshy, cup-shaped structures each contain a single black seed. The arils measure up to about half an inch in size (12mm) and can provide great color in the fall.

The English yew is a handsome, wide-spreading species that reaches a height of over 60 feet (18 m) and widths of over 20 feet (6 m) in ancient specimens. The leaves are dark green needles from half an inch to a little over an inch (13 mm to 25 mm) in length. These leaves are dark green above and lighter below.

This species is native to Europe, Western Asia, and parts of North Africa. It is less cold-hardy than others like the Japanese yew and does best in USDA hardiness zones 6 and 7.

The Japanese yew is a great plant for USDA zones 4 to 7. They are native to Japan, China, and Korea.

This species reaches over 60 feet (18 m) in its natural environment but is easy to keep as a manageable shrub. It has reddish bark and generally upright stems that hold leaves to about an inch (25 mm) long.

This popular hybrid is a cross between Taxus baccata and Taxus cuspidata. They are more similar to the Japanese yew than the English species in physical characteristics.

It is easy to grow hybrids and several cultivars are available that vary greatly in shape and size.

This taxus bush has no serious pest or disease problems and grows well in zones 4 to 7.

How To Grow A Yew Plant

Yews plant can be grown from seed but this is a slow process. Seeds set in pots outdoors can germinate after a year or two if you have the patience, or you can attempt 4 or 5 months warm stratification, followed by 3 months of cold to encourage germination.

These plants can also be propagated from 4 to 6 inch (10 to 15 cm) long semi-ripe cuttings that are still green at their base in late spring/early summer (1). Although not strictly necessary, using a suitable root hormone powder will ensure better results.

Yews prefer mildly acidic soils with a well-drained sandy structure but a good amount of organic material. The soil should be kept moist, but avoid wet areas and very acidic or alkaline soils.

Providing regular water will maintain healthy growth, especially if you live in a dry area.

These plants can be grown in a variety of light conditions but will do best in full sun to partial shade. They can, however, be grown in full shade, but the golden and variegated varieties tend to be showier in sunnier conditions.

Yews are low-maintenance plants that respond very well to pruning. This makes them an ideal subject for gardeners who enjoy topiary. Yew hedges only need to be trimmed once a year in the late summer or early fall. Heavy pruning or rejuvenation is best done earlier in the season, in late winter, to allow for stronger regrowth (2).

The gardener can apply fertilizer for evergreens in the spring to boost growth and allow the plant to harden off before the coming winter.

If you experience a winter with heavy snows, consider carefully removing snow that settles on the branches to limit cold damage. Do this carefully, however, to avoid breaking any branches or growth.

Taxus yew plants can be susceptible to foliage damage by black vine weevils and mealy bugs, although this is usually fairly minor (3).

These taxus yew shrub plants have multiple uses in the landscape and make fine hedges, privacy screens and even work well for topiary, and bonsai.

Many of the narrow-growing cultivars are especially well suited for hedging because they can create a dense but narrow hedge if spaced about 2 feet (0.6 m) apart. Some of the golden varieties even make for eye-catching accent plants.

All parts of yew trees are highly toxic except for the flesh of the fruit that is said to be edible. The seed, however, is also highly toxic so this is a plant probably best enjoyed with the eyes. The plant’s poisonous properties are caused by the presence of alkaloids known as taxin. As a precaution, gloves should be worn when working with yew trees in the garden.

Birds enjoy the sweet fleshy yew berries and deer will feed on yews if they can so bear this in mind if they have access to your property.

Is yew poisonous to touch?

The toxic compound in yews known as taxin can potentially be absorbed through the skin and therefore these plants should be considered poisonous to touch. For this reason, gloves should be worn when working with these plants. Protective glasses are also worth using, especially when using a saw.

Yews are not particularly fast-growing but can grow by about a foot (0.3 m) each year in good conditions.

Yews are remarkable in that they can be grown in anything from full sun to full shade. They will grow best, however, in full sun to partial shade.

Is it safe to have a yew tree in your garden?

Gardeners should always think carefully before planting toxic species in their garden. If you have small children in your family or keep browsing animals, yews might not be the best plants for you.

Yew bushes are a very useful and versatile option for a variety of conditions and planting sites in zones 4 to 7. Taxus yews shrubs are very low-maintenance and are generally hardy to pests and disease. These yew evergreen shrubs are highly toxic plants, however, so they will not be suitable for family gardens with young children or browsing animals and pets. 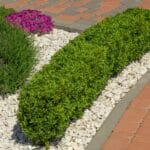 What to Plant in Front of Boxwoods: Boxwood Companion Plants 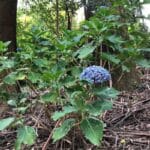 Choosing The Best Soil for Hydrangeas 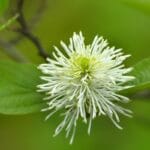 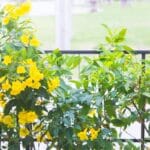 How To Grow and Care for Buttonbush (Cephalanthus occidentalis) 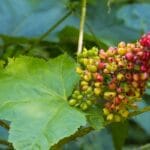 How To Grow and Care for American Spikenard (Aralia racemosa)