At some point, you would want to have more than just flowering plants in your lovely garden. If you’re thinking of a moderate upkeep plant to add, then the bird’s nest ferns will make the perfect addition! It will certainly become the center of attention when its vibrant fronds unfurl from the center.

Before adding this plant to your collection, you must know its simple care and maintenance tips. Did you know that its leaves are also known as fronds? The fronds of the bird’s nest ferns require bright but indirect sunlight with warm temperatures and high humidities. Additionally, it’s best not to water or fertilize directly on the fronds to avoid damage.

Asplenium ferns are moderately easy plants to upkeep. It requires watering once or twice a week depending on the season and fertilizing is only once a month. Since it is a foliage plant that loves high humidity, it will make a great aesthetic plant to add to bathrooms and indoor terrariums.

These terrestrial perennials can grow between 2 – 4 feet tall and 3 – 8 feet wide! It’s best planted in extra large pots or in wide outdoor gardens – of course, in shaded areas away from direct sunlight.

With a bit of insight about the Asplenium ferns, here’s a list of some species and interesting varieties that might just meet the aesthetic you need!

The Asplenium nidus is a plant more commonly known as the original Bird’s Nest fern. The nidus species particularly is a herbaceous terrestrial plant with a beautiful rosette of leaves when fully unfurled. Its stalks are stout and almost black in color. Meanwhile, the leaf gradually narrows thinly at the tip and base.

This particular species is named the Crispy Wave for a very interesting reason. It is an evergreen plant with sword-shaped fronds and extra ruffled wavy margins. While forming a rosette from the center of the plant, it looks like an unfurling ball of bacon!

As the name suggests, the Lasagne variant looks like a lasagne pastry! It is a medium-sized fern growing as wide as 1 meter. Similar to the Crispy Wave, this type of fern also has extra wavy and folding fronds that can reach about 1 – 2 meters long!

The Osaka variety is a trade name used for this species when the Japanese Bird’s Nest fern was created. It is native to Southeast Asia which is relatively easy to cultivate and care for. It is a terrestrial perennial with strap-like fronds and ruffled margins.

Crissie varieties are very sassy as they are unique in features. It goes by Crissie, Crissy, or Crissy/Crissie Amy! It has bright vivid green fronds with wavy margins. At maturity, the upper end of the fronds become crested and appear like the horns of an elk!

Are you ready for a beautiful plant storm? Here comes the Hurricane variety of the antiquum species blowing you away with its whirlwind growth habit. It is a relatively new variety also known as the Twisted Bird’s Nest fern. This fern has extra glossy and bright green leaves that turn only to the right with the breeze of the wind.

Another splendid species that got its name for its exclusivity in Norfolk Island in England. This epiphyte forms a beautiful center rosette with vibrant light to dark green lance-shaped fronds. Unlike the other varieties and species, it has extra broad and crinkled leaf fronds.

The viviparum species behold the Mother fern variety as its best bet. This amazing herbaceous plant is a terrestrial perennial growing up to 2 feet tall and 3 feet wide! What is special about this fern is the small aerial plantlets formed on its midrib – similar to offsets seen on succulents!

The Crow’s Nest Fern is a favorite Australian species that can be herbaceous or epiphytic. It is a hardy fern with an ovate or egg-shaped frond unfurling from the central stem. When looking at this plant from above, it closely resembles a saucer-like shape!

The longissimum species are characterized by extra-long fronds. Like the many other species, it is an herbaceous terrestrial plant. The interesting characteristic about the Spleenwort variety is the long pinnate fronds with a scaly upper surface.

Scolopendrium species are quite special since it is most commonly found thriving on moss-coated boulders in forests and mountainsides. This perennial epiphyte has acute fronds that are smooth at the leaf margin, unlike the other varieties and species. Additionally, it is distinctly lobed at the base of each frond.

An interesting variety from the tenerum species, the Park’s Asplenium is a small compact, terrestrial epiphytic fern. Similar to the longissimum, its fronds are pinnate and arranged in a beautiful rosette. Each frond has 20 to about 30 pairs of small alternating leaflets called pinnae.

This variety name and the plant itself are quite the catch! Unlike its other sister species and varieties, the Kunze fern surprisingly resembles a feather! The fronds are characterized as wispy or feather-like – appearing soft and can be easily blown away with the wind.

Tips on Choosing the Best Variety

Now that you know a few of the best species and varieties of bird’s nest ferns, it’s about time to take your pick on what to add to your beloved home garden landscape!

When deciding what to add, you have to consider your location first. You can create a small checklist for the growing and caring guide for bird’s nest ferns to know which species best fits your home. Since some are epiphytic, herbaceous, or both, you will have to strongly consider several factors such as light, water, space, humidity, and temperature.

The next most important tip in choosing is knowing how much love you can shower on your plant – love in terms of time and effort that is. Each species has its own care and maintenance which will require your time and nurture.

Last and certainly not least, get to know and appreciate your plant for the beauty it is – even without any flowers! In this article, Bird’s Nest Ferns Grow and Care, there is a simple and brief guide on how to care for and maintain your plant to its best. Take the time and energy to read and understand it so that you would know what’s best and not-so-good for your fern! If you’d like to know more about Bird’s Nest ferns, you can also surf the web to expand your knowledge (and love) of this plant.

When keeping a collection of plants, you must know the basics – its history, care, and growth. Doing this while observing your plant can help keep it in its best shape and will surely catch the eyes of those walking through the landscape. If ever a problem arises, you would know what’s best to do, how to apply it, and how to keep your plant (and yourself) happy and healthy! 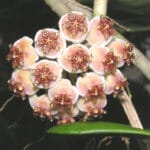 How to Grow and Care for Hoya Obovata 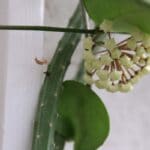 How to Grow and Care for Hoya Australis 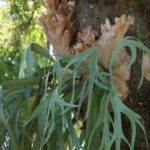 How to Grow and Care for Staghorn Fern 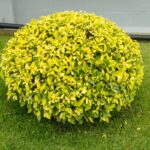 How to Grow and Care for Ficus Altissima 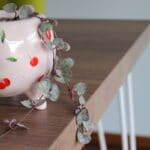 How to Grow and Care for Variegated String of Hearts 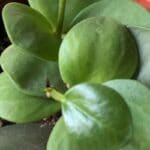 How to Grow and Care for Peperomia Hope