Lupine or lupin is a fast-growing plant that is easily found in North America.

There are hundreds of different varieties related to this flower, although most of the multi-colored types are hybrid lupines. The most common colors are white, purple, blue, and yellow types of lupine flowers.

This plant can be classified as annual and perennial, and nowadays, they can be found all over the world. It grows particularly well in zones 4 to 8, according to the United States Department of Agriculture.

Continue reading if you would like to learn more about this fascinating flower.

How To Take Care of Lupine Plants

Follow these tips and see how this plant takes care of itself!

Lupines need full sun to thrive. Although, in some areas where the heat is too intense during summer, it is advisable to grow this flower in a partially shaded area.

For the best flower production, make sure to cool down the roots of the plants by applying mulch around them.

They prefer a neutral soil, although they don’t mind acidic soil either. However, make sure the soil drains well; if not, this plant may die, as their roots can rot.

Irrigation is key with lupines, as they need to have a regular and abundant irrigation system in order to thrive. The soil cannot be dry; otherwise, they won’t grow.

Ideally, mulch will be placed on the areas where lupines are growing. This way, they will have humid soil for longer periods.

This plant doesn’t require fertilizer. However, if the soil is too acidic, then it is advisable to make or purchase an organic fertilizer that will help and encourage the plant to grow healthier.

Keep in mind the fertilizer’s quantities; adding too much could make your flower grow too much foliage and not enough blooms.

Spent flowers or petals should be removed from the plants; this way, additional blooming will be encouraged to continue.

In addition, when pruning a lupine plant, you are also making sure the plant is redirecting its energy into its foliage or root system. This is particularly good, especially if you are looking forward to more self-sowing lupines.

Even though lupines are quite strong, they don’t do well when they are divided and then transplanted to a new place. It would be best to propagate them by seed or to allow them to self-sow, without direct intervention from humans.

If you prefer the latter, then avoid deadheading the plants, and do not prune them. This will make the flowers form new seed pods, that will, in turn, be dispersed once they reach their mature stage.

This type of plant is highly susceptible to a wide range of pests and serious diseases. Aphid loves lupine flowers, and they will usually be the first ones to attack them.

Moreover, a deadly disease, such as the cucumber mosaic virus (CMV), is also known for loving lupines. There is nothing that can be done against a plant that has been attacked by this virus, unfortunately.

So, these plants will have to be removed, burnt, or destroyed in any other way, unfortunately.

Lastly, a small brown spot could form on the petals or the stalk. This is a type of fungus that needs to be removed as well, but you can only do it if you destroy the plants as well.

If this is the case with your lupines, you shouldn’t be growing this type of plant in that specific area for a couple of years, as the plants struggle to overcome these pests and diseases in that particular area.

Aphids are known for destroying large quantities of flowers, and they love lupine flowers. You can easily eradicate them by using an organic soap spray that will deter them away.

This plant is easy to sow, as they don’t require much preparation in advance. However, be aware of the seed coat as it tends to be very tough to get through. It would be best if you soak the seeds in water overnight, this will allow them to break down the coat.

Plant the seeds at least one inch underneath the soil. Make sure you do so in a place that receives plenty of sunshine throughout the day.

Lupine flowers could be grown in big containers, although they much prefer to be sown directly into the soil.

When should you plant lupine?

If planting from seed, it would be best to directly sow in the garden during early fall or early winter, if it isn’t too cold. On the contrary, if hard winters are the norm, then it is advisable to start indoors, at least four weeks before the last frost date, and then move them outdoors.

Everyone that has ever seen a lupine in real life will say exactly the same thing: ‘’this plant has amazing colors’’.

Undoubtedly, lupine flowers are some of the most colorful plants on earth. Some varieties are bicolored, whereas others can have up to 4 different types of colors.

The most fascinating characteristic is that usually, the petals will start off with the ends in white color, and slowly, the rest of the upper petals will change and will turn different colors, like a degradé painting.

Types of Lupine Plants You Can Grow

There are hundreds of different types of lupin flower. The following varieties are the most common ones:

This plant is scientifically known as Lupinus perennis. This is a native species that can grow up to 2 feet in height. As its name suggests, it has blue petals that catch everyone’s attention!

This type of lupine can be found in the eastern part of the United States, and the most fascinating fact is that this is the only plant that is known to attract the Karner blue butterfly (also referred to scientifically as Lycaeides melissa samuelis).

It can be argued that this strain is the hardiest, as it is a native plant.

Also referred to as bluebonnets, this annual plant is native to Texas, although nowadays, it can be found in other areas across the United States. It has blue and white petals, making it very unique looking as well. It prefers well-drained and slightly acidic soil.

This type of flower has very large leaves. Its name is Greek, and it means ‘’many-leaved’’.

This is a hybrid variety that will only reach 2 feet tall in height. They have different colors and small petals.

This variety is a type of hybrid that has a dramatic aspect. Its foliage is big, and so are its spikes, as they tend to be the largest lupine flowers!

One of the most beautiful lupines is the yellow, orange, and gold variety. They can grow up to four feet in height and are ideally grown in zones 5 to 8. They are native to California and are often considered invasive as they will self-sow continuously unless they are stopped.

This tiny annual flower is one of the hardiest lupines in nature. They can easily thrive until mid-fall, and they grow rapidly as well. Its petals can be light blue, white, or violet.

This variety can grow up to 26 inches in height. This plant is a hybrid, and they will bloom throughout the spring and summer with vibrant colors.

As its name suggests, they resemble popsicles, so it is not uncommon to see these petals in bubblegum pink, yellow, purple, or even cherry red.

This flower has reddish-maroon petals. They can grow up to 5 feet in height and are usually found in the wilderness of Texas.

Here are some common questions about Lupine flowers:

Most of the lupine genus are toxic to highly-sensitive humans and animals. If you are thinking of planting them, make sure no pets or children are allowed to digest the seed pods or any other part of the plant, as they are considered to have the highest toxicity levels.

General symptoms in those intoxicated include convulsions, slowed pulse, sleepiness, lack of awareness, and even respiratory issues.

Why are lupine flowers beneficial to gardens?

Lupin flowers are beneficial to any garden because they are nitrogen-fixing plants. This means they will take care of the soil by bringing life back to it. As a result, gardeners will be able to produce different types of vegetables, fruits, herbs, or flowers, thanks to this quality.

Also, lupine plants tend to attract good pollinators such as ladybirds, bees, or hummingbirds. Lastly, they will self-sow if they are allowed to, so, even a beginner gardener will be happy about this!

How do you add lupines to a garden?

When planning a landscape, make sure your lupines are on a border side or at the back, as they will outgrow some other plants you may have.

Try growing a lot of them and see how it goes; if you happen to have enough lupines outside, you can always cut them and put them inside vases. This plant is known for lasting a long time inside a vase, as an ornamental plant.

What are some of the lupine’s companion plants?

Lupines can store a great amount of nectar, thus, butterflies, bees, and wasps love them! Place them near any other plants that need to be pollinated or that have similar conditions as the lupine flowers, such as alliums or even poppies.

When do lupine flowers bloom?

Lupine flowers tend to bloom during springtime, and they will last between 3 and 5 lives. However, they will start blooming during their second year of life.

What is lupine flour?

In some countries such as Italy, France, or Egypt, lupini beans—which are the seeds—have been consumed for hundreds of years. Nowadays, it is normal to find lupine flour, which is loved by those who follow a low-carb diet, but it also contains great amounts of protein and fiber, which are easily digested by humans.

However, since this plant is closely related to peanuts and soybeans, individuals who suffer from allergies need to introduce lupine flour into their diets, and they should do so with a doctor who closely follows their reactions.

Can lupine flowers be used as green manure?

Thanks to its nitrogen-fixing characteristics, this type of plant can definitely be used as green manure. This means that the crop will make any soil richer, as it will bring life back to the soil, which will, in turn, make the space more beneficial for future plants.

Gardeners from all over the world love how lupine looks and what it does to the soil. They are cool flowers and quite a catch! This front-runner plant is tall, will create a well-balanced shade for other smaller plants, and will fix the soil in no time.

But, most importantly, this flower can stand up for itself, as it can self-sow within a couple of years. And everybody loves that! She will make sure everyone looks at her, mainly due to its colors, but also thanks to its beautiful shapes.

Up next: Lupine Flower Meaning and Symbolism 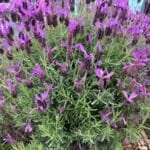 The Best Lavender Companion Plants and The Worst to Avoid 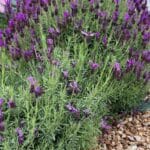 How to Grow and Care for Lavender Flower 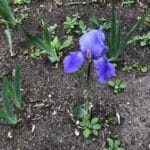 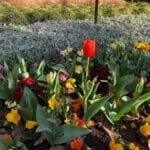 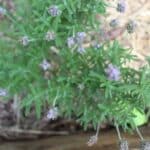 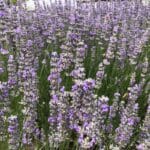