Who wouldn’t fall in love at the first sight of purple roses? Purple is a color that emanates grandeur and magic and one does not simply pass by a violet rose and not gaze at its tantalizing beauty.

Purple is not one of the naturally abundant colors in many flowers and breeders always seek a challenge to create plants that this world is missing.

After the initial production of the first purple roses, enthusiasts lined up to get a hold of this mesmerizing flower to keep in their gardens or fill their rooms with.

This article will serve as a guide in demystifying the tantalizing purple rose and reveal what makes us love this flower the first time we see it.

History and Origin of Purple Rose

The innovations that persisted after the industrialization was very evident in plant breeding during the 1800s. Geared with the knowledge and technology to improve the qualities of plant production, hybridists were set to develop high yielding plants as well as new plant varieties that would satisfy the luxurious demand for organic aesthetics.

Purple roses were the product of cross-breeding European roses with varieties introduced from China. The existence of natural pigments, anthocyanins responsible for yellow and orange colors and carotenoids for pink and red, in roses made it possible to produce the purple in these flowers (1). They were well-received that many other roses in shades of plum, lavender, and lilac were created.

The pursuit to create the elusive blue rose also resulted in other purple varieties of roses mainly because roses lack the pigment, delphinidin, responsible for the blue color (2), and when inserted in the rose gene, it reacts with the existing warm pigments in the flower instead.

Today, there are over a hundred varieties of purple roses that are used in the landscaping as well as the cut flower industries. Avid collectors also team up with breeders to obtain novelty purple roses. To learn more about roses, don’t forget to read our comprehensive guide!

What Are Different Varieties of Purple Roses?

Reimer Kordes hybridized this rose in 1960. The fragrant flowers are mauve blending to light pink and grow in clusters. The showy blossoms grow on sturdy stems together with green toothed leaves under full sun to partial shade conditions.

Elegant themed gardens are usually decorated with this one of a kind rose that showcases loosely formed flowers in lilac aging to white. M. Robert bred this tall rose shrub in 1851 creating showy and scented flowers that bloom throughout spring and summer.

‘Princess Anne’ has unique flowers with narrow petals that are yellow underside and deep purple on the upper side. The shrub was developed by David Austin in 2010 and is popularly used as hedges and borders in gardens.

The ‘Night Owl’ is an easy to maintain rose plant because of its almost thornless stems that climb up to 5 meters high. The clove-scented rose flowers are dark purple on the edges and get lighter as it reaches the center. This is a repeat bloomer plant that was developed by Tom Carruth in 2005.

Also called ‘Perpetuelle de Lieur’, this hardy rose plant has dark cherry-red flowers with purple shading. The plant, hybridized by Comte Lelieur de Ville-sur-Arce in 1812, has clusters of flowers growing on a thornless stem and is a favorite among gardeners and bees.

The Neptune rose is known for its deep purple buds that bloom to large light purple flowers emitting a sweet citrusy fragrance. It is a repeat-blooming hybrid tea rose also introduced in 2003 by Tom Carruth.

Otherwise known as ‘Nuit d’Orient’, this rose bears very large, multi-petalled rich purple blossoms. They are majorly grown as cut flowers and are abundant throughout the year except for winter. The rose plant was hybridized by Pat Stephens in 1985.

This rose plant is also known as ‘Ausromeo’. The romantically scented flowers turn rich purple as they mature from the initially dark red blossoms. The large cupped flowers grow abundantly on a bushy shrub which readily appeals to gardeners and landscapers.

This plant, bred by David Austin in 2000 has won the Australian National Rose Trials Bronze Medal in 2003 as well as the New Zealand Rose-Hamilton-Most Fragrant Rose in 2011.

The flat blossoms of ‘Basye’s Purple Rose’ have up to seven single to semi-double dark plum petals. They are moderately fragrant and opens under full sunlight conditions in summer. The plant was bred by Robert Basye in 1968.

The ‘Bleu Magenta’ is a hybrid multiflora that has a rambling growth habit, climbing up to 5 meter high. The mildly fragrant flowers are in deep mauve to bright purple growing in clusters. Louis Benoit Van Houtte was the breeder of this magical rose that started production in 1876.

The purple color is universally associated with royalty and wealth. This connotation stems from the rarity of the color in nature and in the ancient times, purple-colored items could only be afforded by the rich. Even during the reign of Queen Elizabeth I, purple was reserved for the royal family only.

This story has an effect on the meaningful act of flower-giving. It is said that giving purple roses to a special someone means that the sender is willing to give them all the riches in the world.

Because of its magical and enchanting appeal, the purple rose in lighter shade is considered a symbol of love at first sight while the darker-colored ones are for the feeling of deep love. The Indians associate this magical feeling with the purple-represented 7th chakra that indicates the psychic self and the ignition of this chakra when love at first sight, or intense emotions are felt.

The purple rose also became the icon of the campaign to stop violence against women. Like the purple rose, women in the sex trade are artificially created to satisfy the desire. But purple roses also embody empowerment and the will to be different. The Purple Rose Campaign has been recognized internationally as a movement that challenges the status quo and exposes the sex industry (3). 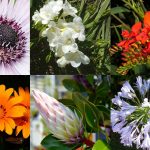 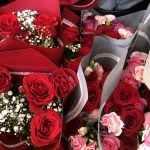 How To Choose the Best Flowers for Your Valentine 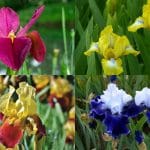 Irises: Flower Types, Plant Varieties, How To Grow and Care 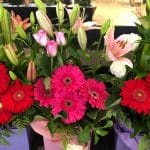 10 Ways To Make Cut Flowers in a Vase Last Longer 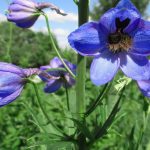 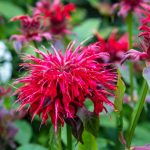 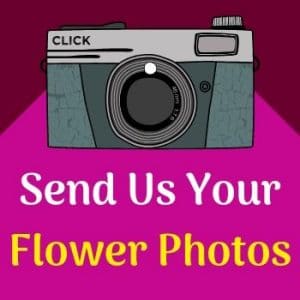