Interested in learning more about the amaranth flower’s meaning? You’re in the right place.

Amaranth is a flowering plant that has been used for centuries as an important food and medicine. Amaranth in the Bible can be traced back to Biblical times when it was considered holy, and Jesus Christ himself may have eaten this cereal grain. The word amaranth means “everlasting.”

What Does Amaranth Mean?

Amaranth (scientifically known as Amaranthus) is a genus of annual and perennial plants in the Amaranthaceae family.

The amaranth plant can grow up to 3 feet tall with flowers that come in shades ranging from purple, pink, red, white, and yellow.

Amaranth is a popular grain that has been used for millennia. It’s also one of the world’s oldest cultivated crops and was widely eaten in Central America, ancient Greece, Rome, Egypt, and China.

Amaranthus is a genus in the family Amaranthaceae, which includes about 200 species of herbs and shrubs. The name “amaranth” comes from Greek ἀμάραντος (“unfading”), because amaranth plants live for more than two years and do not lose their leaves seasonally.

What Do Amaranth Flowers Symbolize?

Amaranthus flowers are a beautiful addition to any garden. They have been used for centuries as an ornamental plant and food crop but they also have many different meanings associated with them. One of the most common amaranth flower meanings is that they are often said to represent immortality and life everlasting.

Amaranth is also seen as a amaranthusof the sun and light. Amaranth plants usually grow in sunny, warm climates and have been used by ancient cultures for centuries to signify rebirth, immortality, and purity. The amaranth can even be associated with the Virgin Mary because her name means “wonderful” or “strong.”

What is the Cultural Significance of an Amaranth Flower?

Amaranthus is a type of flowering plant that grows in many different colors. In the past, this flower has been associated with immortality and eternal life because it does not die when cut. The amaranth was also given as an offering to the gods as well as used by Greeks for decoration on gravesites.

It has been used as one of the symbols for ancient Greece because it was among the many wildflowers found growing on Mount Parnassus. This flower is commonly known to symbolize immortality or eternal life. This symbolism can be seen on many sculptures, jewelry, pottery, and paintings from Ancient Greek times as it was a popular symbol during that period for beauty and power.

Also in Greek mythology, it was said to be one of the flowers that sprang up from the blood spilled from Adonis when he died.

Amaranth is believed to have originated in the Andes region of South America. It was once consumed by the Incas and Aztecs but eventually fell out of favor. In Europe, amaranth was thought to be poisonous because it contains nitrates that can cause methemoglobinemia or “blue baby syndrome.”

What is the Symbolism of an Amaranth Tattoo?

The symbolism of an amaranth tattoo can vary from person to person. For some it’s about strength and endurance; for others, it serves as a reminder that they are not alone in the world.

Amaranthus tattoos are often a symbol of immortality. The amaranth is the flower that never dies, and it’s also a popular figure in Greek mythology as well as other cultures around the world. This symbolism is what makes amaranth tattoos so attractive to people who want to show their eternal youth or everlasting life.

When Should You Give Someone an Amaranthus Flower?

The amaranthus flower is a symbol of love and beauty. Its true meaning is hard to decipher, but it’s thought that this flower could represent eternal life or hope for peace. Giving someone an amaranth flower can be seen as a gesture of admiration, friendship, and love.

It has also become popular, in some parts of the world, for couples to give each other amaranth flowers on their wedding day as a sign that their love will last forever. 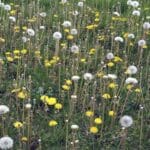