You might describe your favorite backyard tree as being flamboyantly beautiful, but did you know that there is actually a tree called the flamboyant tree?

This tree is symbolic of the Caribbean, producing lovely tropical fruits atop a gorgeous explosion of vibrant flowers.

There are lots to love about this illustrious tree—and it also has plenty of symbolic meaning, too.

What is the Flamboyant Tree?

The flamboyant tree is a flowering tree in the bean family, Fabaceae. This tree is native to Madagascar, renowned for its leaves that look like ferns and it’s—you guessed it—flamboyant display of bright orange flowers that appear over the summer months.

In many parts of the world, it is grown as an ornamental tree. It goes by many names, including the flamboyant tree, the flame tree, flame of the forest, and royal poinciana.

It’s found naturally in the dry deciduous forests of Madagascar. It has also been introduced to other tropical areas throughout the world. Although it is endangered in the wild, it is cultivated elsewhere, including places like Florida and South Texas. It’s also incredibly common in the Caribbean.

The flamboyant tree requires tropical conditions to grow but dislikes heavy clay soils. It flowers best when the conditions are somewhat dry. It is hardy in zones 10-11.

Most often referred to as royal poinciana trees, these plants are known scientifically as Delonix regia. They provide plenty of shade in the summer with their wide, spreading branches and vividly colored flowers. Their tree produces flowers ranging in color from deep red to bright orange, with clusters appearing first in May and July.

The name “Delonix regia” is Greek, a combination of delos and onyx. Delos means conspicuous while onyx means claw.

Mature trees produce flowers that, individually, do look somewhat like a claw, while when they are viewed together, the canopy looks much like an umbrella. It is much wider than it is tall.

Symbolism of the Flamboyant Tree

The flamboyant tree is not native to the Caribbean, yet it appears in many Puerto Rican and Odmininaca works of art. Not only that, but the tree and its flowers, which can be found growing in Jamaica, the Bahamas, Belize, Haiti, Cuba, Virgin Islands, Nicaragua, Cayman Islands, St. Kitts, Curacao, and more, is the national flower of both Nevis and St. Kitts.

The flamboyant tree is found in parts of Mexico, Hawaii, and Bermuda, too. It has many cultural, symbolic, and religious meanings.

In Kerala, India, the plant is called the “flower of Calvary.” There is also a common belief that’s held by Saint Thomas Christians here that when Jesus was crucified, a small tree was planted near his cross. It’s believed that Christ’s bloodshed over the tree’s flowers, which is why they grow to such a vivid color.

Meaning of the Flamboyant Tree

Depending on how you choose to view it, the flamboyant tree could have many potential meanings for you. Do you tend to keep quiet or remain hesitant about certain situations? If so, growing a flamboyant tree on your property could help you learn how to speak up for what you want it will inspire you to cut through your insecurities and hesitations. This tree puts itself out there and is a stark reminder of the beauty of nature. 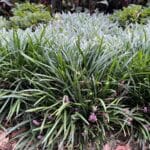 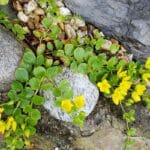 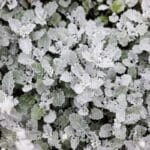 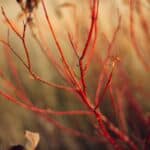 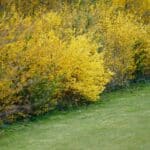