Spines are some of the identifying features of cactuses. They usually appear as pointed protuberances covering the body of the cactus, making the plant look intimidating, albeit characteristically fascinating.

However, not all cacti are covered in prickly spines. Some species have a less threatening appearance like the Old Man Cactus. The unique morphology of its spines makes the plant as charming as an old man’s wispy mane.

If you’re planning to include this cactus in your collection, here is some information to get to know your Old Man cactus and how to grow and care for it.

Belonging to the family, Cactaceae, the Cephalocereus senilis is characterized by a fleshy columnar green to bluish green body slowly growing up to 15m high in its natural environment. Because of the weight of the ribbed stem, this plant grows unbranched but often forms clusters of basal stems (1).

It is native to eastern Mexico, specifically the states of Guanajuato and Hidalgo, where the plant thrives in lime-rich soil (2). In summer, mature plants that are about 10-20 years old produce several tubular flowers in pink, yellow, or white, that look so remarkable against the wispy white spines. They can turn into tiny fruits of the same color covered with golden hair.

What sets this cactus apart is the formation of fine white hair-like spines that cover the entire plant during its juvenile stage. This is reminiscent of an aged man’s silver hair hence the common names, Old Man Cactus, Old Man of Mexico, Bearded Cactus, grandfather cactus or fuzzy white cactus.

This modified characteristic is the cactus’ defensive response to extreme heat and frost. The shaggy spines dance with the wind and create an illusion of softness but underneath these radial spines are prickly yellow central spines.

The cactus loses its white coat with age that’s why in the wild, the hair-like spines are rarely observed on tall matured Old Man cactuses (1).

The woolly spines and striking white color of the Old Man of Mexico easily make it a strong accent in the garden. Together with rounded and columnar cactuses, this plant will create a statement in a desert-themed landscape. It is also a distinctive addition to an indoor collection of cacti (3).

Because of its exceptional appearance, the Old Man cactus has become a favorite houseplant. However, it is currently listed as an endangered species in its natural habitat so poaching is extremely prohibited. Plants available in the market are produced from propagation instead.

Just like other cacti, the Bearded cactus only requires occasional watering. Growing in desert-like conditions, it can tolerate extreme drought but potted ones will need regular watering in conjunction with a well-draining, high in mineral growing medium. Make sure that the soil is completely dry before watering thoroughly, usually every 2-3 weeks, depending on the season and less during winter.

This cactus is best grown under full sun which not only strengthens the upright growth of the plant as a cactus but also keeps the shaggy spines long and thick. This feature allows the plant tolerance to high temperatures but come winter, the Old Man cactus can only withstand up to 30°F (-1.11°C).

Propagation of the Old Man of Mexico is usually done by traditional seed sowing and cuttings but modern technology allows reproduction through tissue culture. By cuttings is still the widely used method where the propagules are obtained from the stem. Allowing them to form callus before planting into soil encourages root formation and avoids decay.

Although there are few pests and diseases known to attack this cactus, it is still susceptible to the occasional mealybug and scale insect attacks, especially in the tropics. A spray of mild soap solution and manual removal are adequate practices to control this.

Root rot is a common problem encountered in growing cacti. Oftentimes, this is associated with poor drainage and overwatering and once the plant is showing signs and symptoms, it might already be difficult to save the plant.

Make sure that the Bearded cactus is planted in the correct cactus soil mix allowing proper drainage and root aeration.

C. senilis will also need protection from frost so most outdoor growers use lightweight materials like Styrofoam cups to cover the delicate tip of the cactus (3). 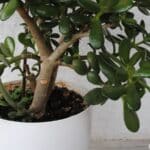 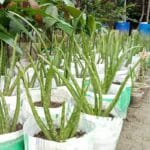 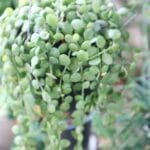 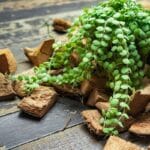 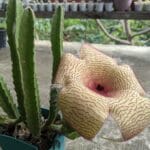