Asia is a large continent with varied geography. Although many Asian flowers are imported here, the vast majority of this continent’s diverse blooms are found growing in the wild.

Believe it or not, there are many Asian flowers that have deep symbolic meaning in addition to their stunning physical appearances. Here’s what you need to know.

Lotus flowers grow in Asia, renowned by Hindus and Buddhists alike. These flowers bloom atop the water, sprouting from plants that look like water lilies. They are hardy to temperatures of 50 to 90 degrees, a vast range that makes this Asian flower incredibly hardy and easy to grow.

The lotus flower is typically viewed as a symbol of rebirth, regeneration, purity, and enlightenment.

The lotus plant is very popular in South East Asian countries such as Vietnam. Different parts of this plant have many medicinal and culinary uses.

Native to Thailand and other parts of Asia, this lovely flower is found in pink, yellow, and white. It’s often used in spiritual rituals and has a sweet, cloying fragrance. The trees are believed by some to house ghosts and spirits—and are often associated with bad luck.

Orchids are popular houseplants all over the world, but at one point in time, they all originated from Asia. They grow best in a porous medium, like bark, with excellent drainage. This is because, in the wild, orchids grow on the bark of trees instead of in the soil.

The orchid is generally viewed as a symbol of beauty, love, strength, and luxury. They are often associated with virility, too, particularly in ancient Greek culture.

Chrysanthemums, or mums, originated in China. These flowers are technically flowering herbs and were once used in Asian medicine. Traditionally golden, the flowers are now found in all shapes, colors, and sizes.

When it comes to chrysanthemum symbolism, these flowers are generally viewed as symbols of devotion, love, loyalty, and longevity.

Also known as the krachiao flower or curcuma alismatifolia, the Siamese tulip is a lovely purple flower that blooms first at the beginning of the rainy season. It’s found primarily in Thailand and is believed to represent love.

Jasmine has a sweet aroma that is famous all around the world. It’s a representative of the gentle, pure love between a mother and child. However, it is often used in temple offerings, decorations, and as gifts to elders.

Although hibiscus flowers are most often associated with Hawaii, these beautiful blooms are found in Asia, too. Known as roselle, the flowers can be found in all kidneys of shapes and colors.

The hibiscus flower meaning is associated with fame, glory, and wealth. However, since the blossoms are short-lived, many also view this flower as representative of fleeting success or beauty.

Azaleas first blossom in the spring, pushing out flowers in beautiful shades of pink, white, and red. These shrubs produce flowers for several weeks, representing prosperity and happiness.

Cherry blossoms are integral to Japanese culture, blooming first in the spring and then inspiring festivals all around the year. Early in the 20th century, Japan donated several of these trees to the United States, so the beautiful blossoms can now be found outside of Japan as well.

Peonies are found primarily in China and are viewed by many as the country’s unofficial national flower. They symbolize prosperity, honor, and richness.

Which Asian Flowers Are Right For Your Garden?

Whether you choose to use these flowers from Asia as cut specimens for a bouquet or grow them right in your own backyard, you can enjoy their beauty and symbolism all throughout the seasons of the year.

Up Next: Top Chinese Flowers 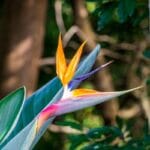 Bird of Paradise Flower (Strelitzia): Types, How to Grow and Care 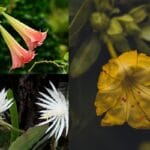 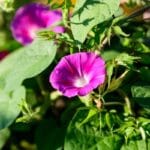 Morning Glory Flower: Types, How to Grow and Care 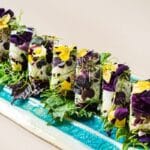 Top 8 Edible Flowers You Can Eat 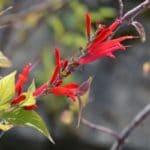 Pineapple Sage: Types, How To Grow and Care 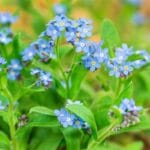 Forget-Me-Not Flowers: Types, How To Grow and Care