Philodendron cordatum is a rare and beautiful aroid species. While this plant is available from time to time, most of the specimens seen for sale are actually mislabeled heart leaf philodendrons. If you’re lucky enough to own a specimen of the true species, you can follow the tips in this guide to keep it happy and growing in your home.

What is a Philodendron Cordatum?

The confusion between P. cordatum and P. hederaceum lies in the word cordatum, which actually translates to ‘heart shaped’. If you’ve just bought a ‘cordatum’, start by getting an accurate identification of the plant and check out our article on the heart leaf philodendron (P. hederaceum) if you suspect this is what you have.

The true Philo cordatum is a climbing vine from the Araceae family. It is native to the Atlantic coastal zone of South-eastern Brazil where it grows on and up other plants and sometimes over rocks.

The leaves are deep green and glossy above, but matte below. The petiole and leaf midrib are often speckled with extra-floral nectaries.

The species produces greenish cream inflorescences that mature to pink or red. This plant is known to flower through the spring and summer months in its natural habitat. Flowering is pretty uncommon in indoor specimens, however.

This plant is toxic if eaten due to the presence of an irritant known as calcium oxalate (2). These crystals can also irritate the eyes and sensitive skin. Place the plant out of reach if you have pets or young children around to prevent any accidents.

How to Care for Philodendron Cordatum

This species is a climbing plant that will enjoy growing up a moss pole or some other structure as it does in nature. Relatively little has been written about care for this plant, but it is likely to thrive under the same conditions as other hemi-epiphytic philodendrons.

How much sunlight does Philodendron Cordatum need?

As with most other philodendron species, P. cordatum will thrive in bright indirect light. Records of this plant growing in the wild indicate it also grows outside of the jungle and on rocks above the high water mark along the coast. As such, it is probably quite tolerant of some direct sunlight.

How Often Should I Water Philodendron Cordatum?

Philodendrons enjoy a moist growing medium, but overwatering should always be avoided. Aim to keep the soil evenly moist but never saturated. It is best to water this plant when its growing medium begins to feel dry to the touch.

Water the plant thoroughly and monitor the soil moisture daily to determine how often you will need to hydrate the plant. Bear in mind that the plant’s water usage will vary according to the time of year, growing conditions, and growth rate of the specimen.

What is the Optimum Temperature and Humidity for Philodendron Cordatum?

This species is native to a warm and humid climate, so replicating these conditions is likely to bring out the best in the plant. Fortunately, philodendrons are generally very adaptable to the relatively low humidity levels typical of most homes.

What is the Best Growing/Potting Media for Philodendron Cordatum?

These plants are adapted to a moist environment but do require good drainage to prevent root rot. A mixture of regular potting soil, orchid bark, and perlite will provide the plant with a well-drained, airy, and chunky medium for strong root development.

Apply a balanced liquid fertilizer once or twice a month when the plant is in active growth. It is usually good practice to dilute the recommended concentration even further to stay on the safe side.

Unused fertilizer tends to build up around the roots of pot plants over time to where they can become toxic. Periodically flushing out the soil with a deep watering will remove the excess fertilizer.

Be prepared for this plant to grow relatively large if provided with good care. It will not need much pruning apart from removing old, dying leaves on occasion. When the time comes, cut the petiole close to the stem with a sharp, sterile cutting tool.

P. cordatum is likely to be resistant to pests like most of the other philodendrons. The nectaries on the leaves could potentially attract ants, but these will not harm the plant. Inspect your plant regularly for signs of common pests like aphids, spider mites, and mealybugs.

Providing your plant with a good watering schedule and appropriate lighting will go a long way toward preventing infestations and other potential issues like root rot and leaf scorch.

How to Propagate Philodendron Cordatum

This plant can be propagated from stem cuttings that include a node. These cuttings can be rooted in water, sphagnum moss, or soil, and then transplanted once healthy roots have grown.

Check our Philodendron care guide to learn more specific tips on caring for these indoor plants.

*A special thank to Scott Zona for letting us using the photo in this article! 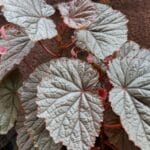 How to Grow and Care for Begonia Rex 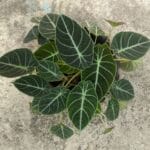 How to Grow and Care for Alocasia Black Velvet 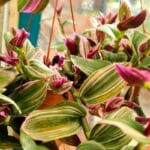 How to Grow and Care for Tradescantia Nanouk 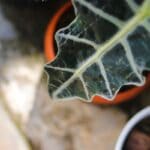 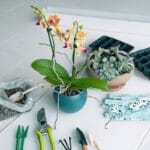 Potting Soil for Orchids – What Growing Medium For Your Plants? 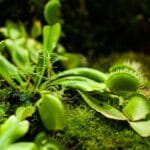