As a plant enthusiast, you may get excited about any new information you come across about plants. May it be with regard to a recent technology that grows herbs without soil or a newly discovered species of plant with multi-colored flowers, you would go ahead and learn more about it just so you have a working knowledge.

It is always satisfying to gain expertise on certain subjects not just because you want to have a deeper understanding but also because it is fun and stimulating. Learning a thing or two about the field you are interested in is always good, even if it is just for you to keep at the back of your mind.

There is a lot of data and statistics about gardening based on research and experience. Some may be trivial and silly but you would be surprised at some information that have actually contributed in shaping the industry we know today.

Here are some of the gardening facts and figures that may leave you baffled and even more enthusiastic about your plants and flowers.

That is the estimated amount of cut flowers being produced by the Netherlands every year (1). Considered as the center of the cut flower industry, the Dutch country is responsible for 52% of the total global floral market with earnings reaching up to 3.2 billion USD. It is the largest exporter of cut flowers followed by Colombia and Ecuador.

That is how much American gardeners spent on their gardens and lawns in 2018 (2). Gardens are quite a big deal for most Americans and in fact, 8 out of 10 households participate in different types of gardening activities, both indoors and outdoors. The younger generation of 18 to 34 years old, is also becoming more involved, comprising 29% of the gardening population.

That is the number of flowers it took to create the biggest flower bouquet in the world (3). 50 students from Nobleman School of Floral Design in Singapore spent 12 hours to build the 105.7 meter-long and 3.5 meter-wide bouquet consisting of mostly orchid, anthurium, and gloriosa. The gigantic bouquet was exhibited at the Singapore Garden Festival in 2010.

That is the quantity of floral produce traded and sold daily at the Royal Floral Holland, the largest flower auction company in the Netherlands. The international flower auction is held during weekdays in a big auction building in Aalsmeer, North Holland where rows and rows and crates on top of crates of cut flowers and plants are available for online bidding. Plant enthusiasts from all over the world also visit to admire the scenic show of vibrant plants (4).

That is the number of flowers produced in a single chrysanthemum plant grown at the Longwood Garden in Kennett Square, Pennsylvania (5). Dubbed as the “Thousand Bloom Chrysanthemum”, the plant is the largest of its kind in the US and is being maintained by senior gardener, Yoko Arakawa. Through the practice of pinching and rearranging of flowers with a metal support, the unique form of the plant is kept and the flowers increased every year.

That is how much Americans are willing to spend on flowers for their loved ones on Valentine’s Day (6). 35 percent of the American population are expected to buy flowers days leading to the traditional event which will involve about one billion of cut flowers to be imported. An average American spends about 25 USD for a simple bouquet of assorted flowers.

That is just an estimate of how many tulips are on display every year at the largest flower festival in the world. The Canadian Tulip Festival is held in May to celebrate the return of spring as well as the friendship between Canada and the Netherlands that stems from the events of WWII (7). Over 100 varieties of tulips line up the streets of Ottawa with Commissioners Park being the center of the festival, housing 300,000 blooming tulips.

That’s the price tag of the world’s most expensive bouquet of flowers (8). Named after the largest diamond gem ever found, the Cullinan bouquet is all about grandeur itself. It is made of over 100 preserved hydrangea and rose flowers, with some heart-shaped roses created by expert florists and housed in the middle of the bouquet are two Cullinan diamonds. For extra flair, the whole bouquet is sprinkled with diamond dust. The bouquet can only be bought from Endura Roses based in the UK.

That is how vast the largest floral installation is covered in Dubai. The Dubai Miracle Garden opened in 2013 featuring over 100 million flowers planted on site in impressive artistic forms and designs.

Each year, the garden design changes and new types of flowers are introduced. In 2016, over 200 skilled workers built a life-size model of the Emirates A380 Airbus using more than 5 million flowers. All the plants are kept alive in the desert using water-saving drip irrigation systems (9).

That is the height of the tallest sunflower plant ever recorded. In 2014, Hans-Peter Schiffer grew the tallest sunflower in Karst, Nordrhein Westfalen, Germany (10). Growing tall sunflowers has been the German gardener’s passion, breaking his record for three consecutive years. It took several layers of scaffolding and his town’s fire team to measure the record-breaking height of his plant.

That is the length of the wedding bouquet held by Canadian, Christa Rasanayagam during her wedding in Ontario, Canada (11). Recorded as the largest wedding bouquet in 2003, it weighed 92 kgs made of 1500 flowers. The cascading bouquet consisted of roses, carnations, lilies, daisies, and baby breaths and it took 79 bridesmaids and 47 groomsmen to assist them during the ceremony.

That is the size of the largest flower on earth. Borne by the Rafflesia tuan-mudae, the full bloom is referred to as “corpse flower” for it emits a distinct rotting meat smell which attracts its insect pollinators. Just early this year, the plant was found in the forest floors of West Sumatra, Indonesia where big rafflesias are known to inhabit. These blooms only have a week before they start to rot for good (12).

That is the approximate age of the world’ oldest rose plant (13). Found growing up a column of the Hildesheim Cathedral in Germany, the rose bush also called the “thousand-year rose” is said to have been planted in the 800s and have been blooming pink flowers year after year. Despite the damages from the bombings that occurred during the WWII, the plant thrived and is now protected by an iron fence.

That is the total area of the world’s largest vertical garden found in Singapore. Developed by City Development Limited in 2013, the façade of the Tree House Condominium was utilized by installing a green wall made of different low-growing plants. The vertical garden aims to reduce carbon footprint and save energy by up to 30 percent. Over 500,000 USD is expected to be saved in terms of water and energy (14).

That is the age of the oldest individual tree. Announced in 2013, a bristlecone pine or Pinus longaeva was discovered in the White Mountains of California where Methuselah, the previously named oldest tree was also located.

Scientists from the Tree-Ring Research Group obtained tree core samples to identify the age of the tree (15).

That is as high as the Dendrocalamus giganteus or giant bamboo can get. The tallest bamboo on earth is found in humid tropical areas of South-East Asia where it is cultivated for its industrial and ornamental uses (16). Each culm or stem is thick and strong with the base measuring up to a foot in diameter. This makes the bamboo species a good source of building construction materials.

That is the weight of the heaviest onion grown by Tony Glover from the UK. The 25 times bigger-than-average spice was showcased and weighed at the Harrogate Flower Show in North Yorkshire, UK. It took Glover almost a year to grow the onion giving it ample nutrient supply and intensive care inside his retrofitted greenhouse (10).

That is how old the first flower to ever grow on earth. Excavated in Nanjing, China, the earliest fossilized flower is said to resemble a plum blossom with four to five petals. In 2018, Nanjinganthus dendrostyla is the botanical name given to the flower that is said to have existed during the Cretaceous period, when pollinating insects like bees first became abundant (17).

That is the time it takes for the slowest growing plant to produce flowers. Puya raimondii is a bromeliad species that grows in the high mountains of Bolivia (10). It was discovered in 1870 and research says that it can reach up to 8 meters high and as soon as it has flowered, the plant growth will decline until it dies, making it extremely rare.

That is the number of participants in the largest game of “he loves me he loves me not.” Held in Milan Italy in 2009 by the TV show, Lo Show dei Record, each of the 331 people held a daisy flower and simultaneously picked the petals off while chanting the phrases of the famous childhood game (10).

(2) “Your Typical Gardener is Younger These Days—and has a Lot of Questions.” Garden Research. 2018.


Have you seen these? 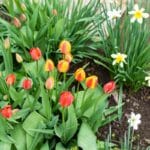 How to Keep Grass Out of Flower Beds 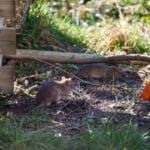 How to Keep Mice, Rats and Rodents Out of Garden 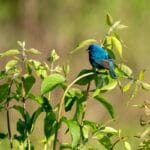 How to Attract Indigo Buntings to Your Garden 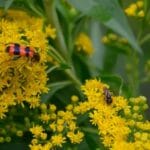 How to Keep Bugs Out of Garden 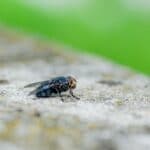 How to Get Rid of Flies Outside Patio 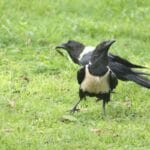 How to Keep Crows Out of Garden