Grown in hundreds of gardens around the world, the gladiolus flower is a beautiful plant that produces blossoms in all colors of the rainbow.

While it’s easy to assume that the gladiolus flower is simply just that – a beautiful flower – there’s actually more to the story than what might meet the eye. This flower has tons of hidden meanings, many of which you were probably never aware of.

Here is the meaning of the gladiolus flower so that you can give a bouquet that’s not only beautiful, but also filled with symbolism.

What Does Gladiolus Mean?

Unlike most flowers that have both a common and a scientific name, gladiolus flowers are unique in that the common and scientific names are one and the same. The word “gladiolus” comes from the Latin word, gladius, which means sword.

The Greeks used to refer to Gladiolus flowers as “xiphium,” a derivative of the Greek word “xiphos,” which also means sword. You can figure out how this flower got its name just by looking at it!

What Does a Gladiolus Symbolize?

The gladiolus flower has many meanings, with the most common ones being faithfulness, integrity, and infatuation. Usually, gladiolus flowers symbolize being honest and faithful at all times.

Because gladiolus flowers can also symbolize strong moral values, they are often seen as a symbol of integrity.

Interestingly, gladiolus flowers can be used to represent infatuation or even deep admiration. This can be in both a romantic and platonic way. They can also represent internal strength and the ability to overcome challenges in life.

What Does a Red Gladiolus Mean?

What Does a Yellow Gladiolus Symbolize?

What Does a White Gladiolus Mean?

Usually, white gladiolus flowers symbolize things like purity and spirituality, something that is common for white flowers. They are often used in religious ceremonies and wedding decorations as a result.

What Does a Purple Gladiolus Symbolize?

The purple gladiolus flower is usually used to symbolize nobility, beauty, and grace.

What is the Cultural Significance of a Gladiolus?

Even before today, gladiolus flowers had some pretty powerful cultural significance. These flowers were viewed as a symbol of strength by the ancient Romans, primarily because they have a strong resemblance to swords.

In addition, gladiolus flowers are known to grow in the wild where other plants struggle to take root.

Many people view gladiolus flowers as being somewhat old-fashioned. This is because the first Americans planted the flowers in their backyards and gardens.

In the Bible, there are several references to lilies, too – although many people believe that these references are actually to gladiolus flowers, which were more common in the region at the time.

What is the Symbolism of a Gladiolus Tattoo?

Usually chosen as a tattoo by women, the gladiolus tattoo symbolizes grace and style. However, since the Latin word “gladius” means sword, you may find that people choose gladiolus tattoos because they symbolize calmness along with self-confidence.

It can also symbolize strength and integrity, particularly when chosen by a man as a tattoo.

When Should You Give Someone a Gladiolus?

Because gladiolus flowers can symbolize faithfulness, they are great to give in bouquets around Valentine’s Day. Give your beloved a bouquet of gladiolus flowers, and you’ll be showing him or her that you truly are ready to commit to them alone.

You might also give a bouquet of gladiolus flowers to a coworker or another person to express your heartfelt gratitude or appreciation. 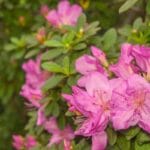 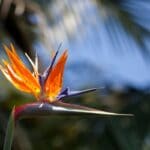 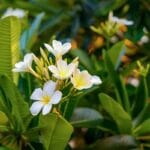 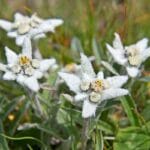 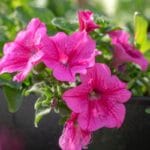 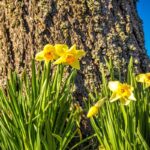