The oleander is a flower that most people know and love. Frequently used in bouquets, this flower is known for its toxicity. When consumed, it can be incredibly deadly.

Despite this malevolent undertone, though, the oleander flower actually has some deep symbolism. It’s not all bad! Here’s what you need to know.

What Does Oleander Mean?

The scientific name for oleander in Nerium oleander. This plant is a shrub or small tree in the dogbane family. It was first classified by Linnaeus, although some people dispute this.

Regardless, it is the Latinized form of the Ancient Greek name for the plant Nerion, which is derived from the Greek word for water, “neros.” This is because the oleander flower tends to grow along streams and on riverbanks.

According to Greek mythology, oleander was given its common name from a young man who fell deeply in love with Lady Love. Unfortunately, this ended in tragedy. The young man, named Leander, swam the Hellespont every night to see his love.

On one night, while trying to reach a blossom for his lady, he drowned. The love affair ended. When she came to the banks the next morning, she cried out,” OLeander!” until finally, she found the beautiful flowers. Today, they are now viewed as a symbol of everlasting love.

Today, oleander is one of the common flower names for boys.

Even though oleander flowers are grown all around the world and hold deep symbolism for many people. Part of the dogbane family, the oleander plant is an extremely toxic plant.

All parts are toxic, so you need to be careful not to ingest any of its pieces!

What Do Oleander Flowers Symbolize?

Oleander flowers can also symbolize destiny and understanding. It can show that you are sensitive to how other people feel and that you want to make peace in difficult situations.

The oleander flower is found in all colors, including yellow, peach, red, burgundy, white, and pink. The meaning of the flower doesn’t change much depending on its color.

What is the Cultural Significance of an Oleander?

The oleander is native to regions in Portugal, Morocco, and other parts of the Mediterranea region. It can also be found in Asia and China. Also called the ‘desert rose,’ this plant is often viewed as the feminine face of God.

In many places, in fact, the oleander is one of the most significant indicators of pagan beliefs as well as of the early Chrisitan religion.

In Greek m mythology, however, the oleander is associated with romance and charm, based on the legend described earlier in this article.

Oleander flowers, according to Victorian tradition, were viewed to symbolize caution as well as the complex nature of love. However, there are plenty of superstitions around this plant, too.

The plant was highly regarded by Mesopotamians for its healing powers, but later, it was said that oleander flowers should not be kept in the bedroom – they could cause the people residing there to become sick.

Romans used the plant to relieve hangovers, while in Arabic medicine, the plant was used to treat cancer.

What is the Symbolism of an Oleander Tattoo?

An oleander tattoo can hold many potential meanings. You can choose to get this tattoo in a variety of colors, too. Most often, this tattoo symbolizes caution, frailty, or, in general, something of a delicate nature.

When Should You Give Someone an Oleander?

Oleander flowers are suitable for many occasions, but make sure the recipient of your gift knows just how toxic these blooms can be!

You can give the oleander as a cut flower or as a potted shrub. Whatever the case may be, it is suitable for a variety of occasions, including birthdays and holidays. 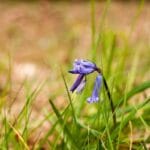 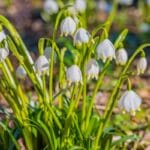